Japanese animation (“anime” for short) has been around longer than most of us know. Locally it is not very popular, which maintains it’s cool exclusive aura for me personally. Unlike conventional animated features, meaning those from the US, anime themes are generally very adult, and very graphic. The better ones maintain a depth of storytelling matched only by their highly stylized violent and/or sexual content (think of “Family Guy”, with less jokes). They usually take on sci-fi/fantasy themes popular with Japanese pop culture and these have become classics for the most part, for example, The Dragon Ball and Gundam Wing series, or the feature films Akira and Ghost in the Shell. Recently I was introduced to an anime series that captivated me like none have in a long time. Wangan Midnight. 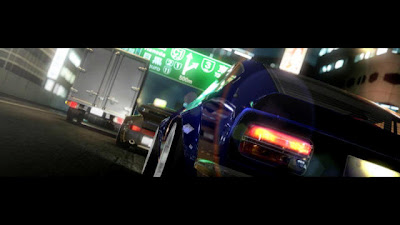 While it has its roots in the real world this time, WM still holds to the imaginative side of things. It tells the story of Akiyo, a young student obsessed with speed. He dreams of dominating the wangan, the longest straightest section of Tokyo’s Shotu Expressway. After being passed rather quickly in a friend’s car by a surgeon in a Porsche, know in this circle as the Blackbird, he seeks his own high speed weapon, and comes across an old Midnight Blue Datsun 240Z (Nissan Fairlady Z in JDM) in a junkyard. He soon learns that this car is supposedly haunted, killing its original driver, coincidentally having his same name, 2 years prior and “purposely” crashing with every driver since then. However it is also one of the fastest – supernaturally so – cars on the wangan, despite its age. It is called by all who know of it as the “Devil Z”. 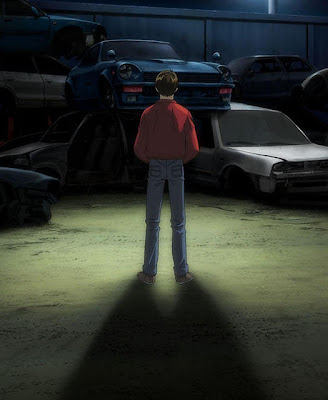 He still takes it, fixes it and pushes it to the max on the wangan, a fast but busy highway with heavy commercial traffic, making for intense action when the pedals are floored. In this respect it is much like a good Kung Fu (or porn 😉 ) flick, where the action is neatly divided by the story scenes, but you really want to just get to the action. Akiyo is assisted by his neighborhood mechanic who shows him the right path to tuning and speed. Along the way the characters are interesting and have decent backstories of their own. Reina, a local car show host, comes to know Akiyo and becomes obsessed with the Z, so much so she tunes her own Skyling R32 GTR to compete with it. A This, actually, becomes the drive of almost everyone in the series, including a young man named Koichi with an expecting wife. His is one of the more conflicting stories. 3 years ago he gave up street racing to settle down to family life, but after an encounter with the Devil Z, takes their life savings and buys an R32 GTR, causing his wife to break up bitterly with him. Ishida, a model photographer and friend of Reina, puts his Ferarri Testerrossa under the knife to persue the same forsaken Z. Those who share this pursuit eventually seek out the only one who can tune their cars to such performance, the man who tuned the Devil Z himself, Jun Kitami, a.k.a “the Tuner from Hell”. You see where this is going.

While the character animation is standard Japanese style (the cars are actually not drawn that well), the action sequences use 3D animation techniques to heighten the realism. Anytime cars are driving, the effect is stunning. Lighting and glare come into play at just the right time. The camera takes you in front, between and under semi trailers at 300km/h and more, the average speed of the battles here. One who’s into this sort of thing, like everyone who visits this site, will appreciate the attention to detail, while for me the added artistic flare is icing on the cake. I’ve watched up to episode 10, which gave a good close of events, but the stories will continue. Check them out on

Find Us on Social Media